Legendary artist, musician and peace advocate, YOKO ONO, will be holding several events in Reykjavík, Iceland on October 9th to promote peace throughout the world and to celebrate what would have been John Lennon’s 70th birthday.

The Lennon Ono Grant for Peace was created to honor her late husband John Lennon’s dedication to peace and commitment to the preservation of human rights. Created in 2002, this biennial award has always been given to two recipients. To mark this special anniversary year, Yoko Ono will be presenting this award to four recipients who have been selected based on their courage and commitment to peace, truth and human rights. 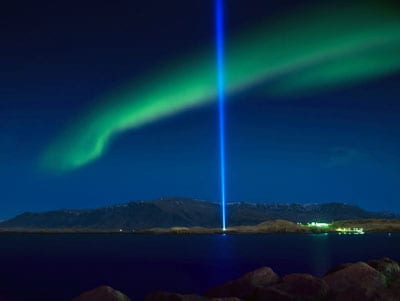