Iceland is an island of 103.000 km2 (39,756 sq.miles), about one-third larger than Scotland or Ireland. Its highest peak, Hvannadalshnjúkur, rises to 2.119 m and over 11 per cent of the country is covered by glaciers, including Vatnajökull, the largest in Europe.

Situated on the Mid-Atlantic Ridge, Iceland is a hot spot of volcanic and geothermal activity: 30 post-glacial volcanoes have erupted in the past two centuries, and natural hot water supplies much of the population with cheap, pollution-free heating.  Rivers, too, are harnessed to provide inexpensive hydroelectric power. 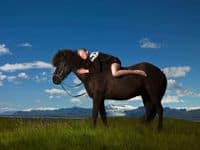 Out of a population numbering more than 300.000, half live in the capital Reykjavík and its neighboring towns in the southwest. Keflavík International Airport is located about 50 km from the capital. The highland interior is uninhabited (and uninhabitable), and most centers of population are situated on the coast.

Iceland was settled by Nordic people in the 9th century – tradition says that the first permanent settler was Ingólfur Arnarson, a Norwegian Viking who made his home where Reykjavík now stands.  The Icelanders still speak the language of the Vikings, although modern Icelandic has undergone changes of pronunciation and, of course, of vocabulary! Iceland is alone in upholding another Norse tradition, i.e. the custom of using patronymics rather than surnames; and Icelander´s christian name is followed by his or her father´s name and the suffix -son or -dóttir, e.g. Guðrún Pétursdóttir (Guðrún, daughter of Pétur). Members of a family can therefore have many different “surnames”, which sometimes causes confusion to foreigners! 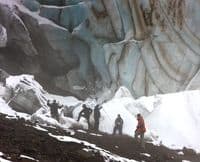 In 930, the Icelandic settlers founded one of the world´s first republican governments; the Old Commonwealth Age, described in the classic Icelandic Sagas, lasted until 1262, when Iceland lost its independence, and in 1944 the present republic was founded.  The country is governed by the Althing (parliament), whose 63 members are elected every four years. Four-yearly elections are also held for the presidency; President Ólafur Ragnar Grímsson was elected in June 1996 to succeed Vigdís Finnbogadóttir, and was re-elected in June 2000.  The head of state plays no part in day-to-day politics. Follow this blog and get all from your Iceland travel guide.

Life expectancy, at 81.3 years for women and 76.4 for men, is one of the highest in the world, and a comprehensive state health-care system aims to keep it that way.

Casino and professional gambling in Iceland are illegal except their national lottery and slot machines. Luckily people from Iceland can still play on online casinos that are on neutral waters. You can find what are these casinos and get free bonus codes for them at onlinegamblingcasinobonus.com.