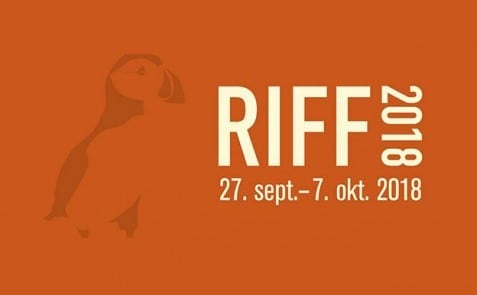 Reykjavik International Film Festival (RIFF) will be held or the seventh time this year. The dates are September the 23rd – October the 3rd.

RIFF was founded in 2004 by a group of film enthusiasts and professionals with the goal of creating an annual international film festival in Reykjavik. The aim is to establish a major film event to enrich and enliven the local film culture, but moreover, to become an international attraction. We believe that by building up an innovative film festival in Reykjavik, our foreign guests will have a unique opportunity to participate in an exciting cultural event, as well as visiting a country renowned for its natural wonders and dynamic culture.

The ongoing saga of fire and ice

The eruption in South Iceland that started last month is stil going strong and could last for days, weeks, months or even years, according to scientists. The eruption is located in Fimmvorduhals, a passage between two glaciers, Eyjafjallajokull and Myrdalsjokull.

No reason for travelers to worry

So far thousands of travelers have visited the sights, by foot, by super jeeps or by flights.  There is no reason for travelers to worry about their trip to Iceland. There are some restrictions for travelling near the eruption and necessary to get information  on open roads. Vídir Reynisson, divisional manager of the Civil Protection Department, said their goal is to allow tourists to travel to the area near the volcanic eruption zone on Fimmvörduháls so they can view the spectacle up close.

Safety first
Travelers are urged to take all necessary precaution and not to travel alone into the mountain regions. Further information on travelers safety can be found on the website www.safetravel.is that is run by Icelandic Association for search and rescue (ICE SAR).

A volcano eruption made an explosive start to this Icelandic get-together.

Wow. Some arts festivals start with fireworks. But only in Iceland does a volcano erupt shortly after the gala opening.
The eruption may have cast a temporary shadow, literally, over the festival, but on the day of the gala the sun shone
and all eyes were on the controversial new concert hall, Harpa.

Professor Magnús Tumi Guðmundsson, geophysicist at the University of Iceland, confirmed earlier today that volcanic activity in Grímsvötn has peaked, and while the eruption has not been declared over, it will most likely not reach previous volumes. The eruption has continued today, but it the volcano has only emitted a fraction of the material it previously spewed.

We will continue to monitor the situation and bring you updates of latest developments.

The Department of Civil Protection and Emergency Management follows the situation closely.

For regular updates on the ongoing eruption, visit the following sites: Iceland.is,
Inspired by Iceland on facebook.com/inspiredbyiceland, twitter.com/icelandinspired
and general news coverage on Icenews.is.

rimsvotn in Vatnajokull glacier is more than 250 km away from Reykjavik.
The affected area is mainly south of the eruption site.

See a video of the volcano taken on Saturday by Stod 2′s
Jon Olafur Magnusson. The music is Saeglopur by Sigur Ros.

A breath of fresh air

Stepping out of the airport in Iceland is usually followed by a deep breath of amazingly fresh air. There have been some questions regarding air quality in Iceland following the recent eruption.

But the fact is that for the most part, the country remains mostly unaffected by the eruption. Obviously the area surrounding the volcano has been badly hit by ash fall – but this is a small area of around 300 km2 in a large island of 103.000 km2. See map

Although not many people live in Iceland, the island itself is not so small, or roughly the size of Ireland. The Environment Agency of Iceland closely monitors air quality, both in the capital area and surrounding the eruption. Air quality is measured in µg/m3. The recommended safety levels are 50 µg/m3. In general, the air in Iceland is well below these limits, and it is only in the small area closest to the eruption where one might need to wear a mask: Rule of thumb is “if you see ash – wear a mask!”

If air quality exceeds safety levels the health authorities will issue warnings and the population is alerted by the media. These warnings concern in particular anyone with existing conditions. People with respiratory problems or heart problems should carefully monitor air pollution, whether in Iceland or overseas. 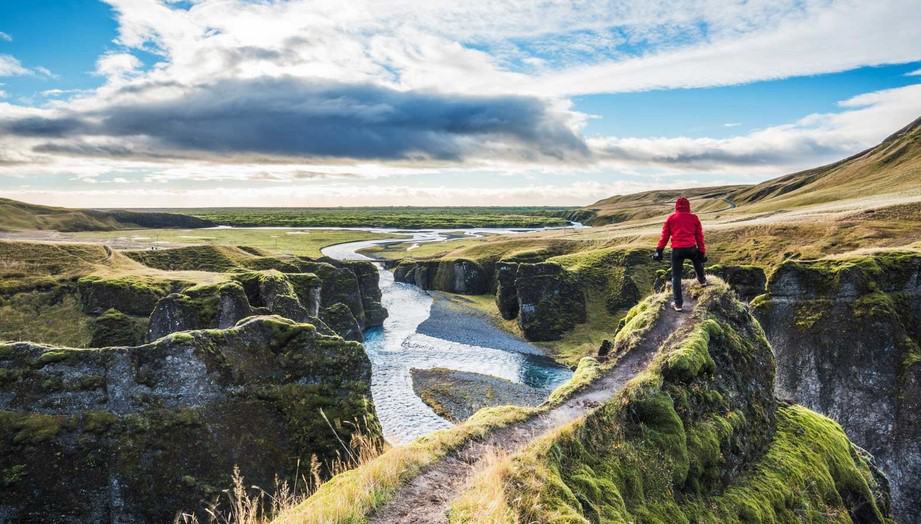